On January 17th, 2014 Michael regained consciousness in the middle of the street. He couldn’t remember how he got there and was weighed down by a feeling of heaviness that wouldn’t let him up. Eventually, a friendly police officer helped him off the ground and told him he was bleeding heavily from the head. Michael looked down into the palm of his hand, saw his blood mixing in with the rain coming down, and realized at that moment he was done with that life.

He found shelter at the Everett Gospel Mission and connected with an employment specialist at Housing Hope who recommended Ground Works as a path to reenter the workforce. Abused as a child and abandoned at an orphanage at the age of 9, Michael had been living on the streets since the age of 19. Today Michael has a place of his own for the first time in his life. “I have a freedom today…I am so glad that I don’t have to survive like that anymore. Ground Works is a great opportunity for anybody that wants to turn their life around.” When Michael’s training ended he was hired on as part of the crew at Ground Works and now is a full-time employee. 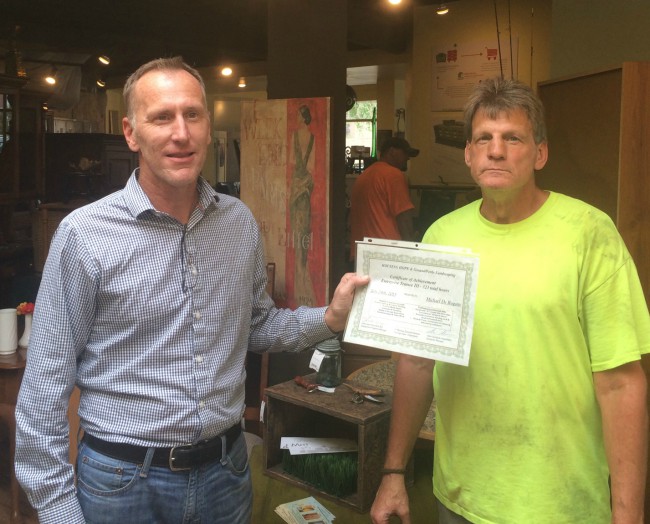