Dennis Willard, U.S. Navy Veteran, was stationed at Port Hueneme California in the Navy Construction Battalion (commonly referred to as Seabee). As a Seabee he was responsible for building infrastructure for the U.S. military around the world. During his eight years of service, Dennis deployed to numerous countries such as Japan and the Caribbean building hospitals, runways, drug rehabilitation centers, and many other permanent and temporary structures for our U.S. armed forces. Receiving a Humanitarian Award during his time in service. 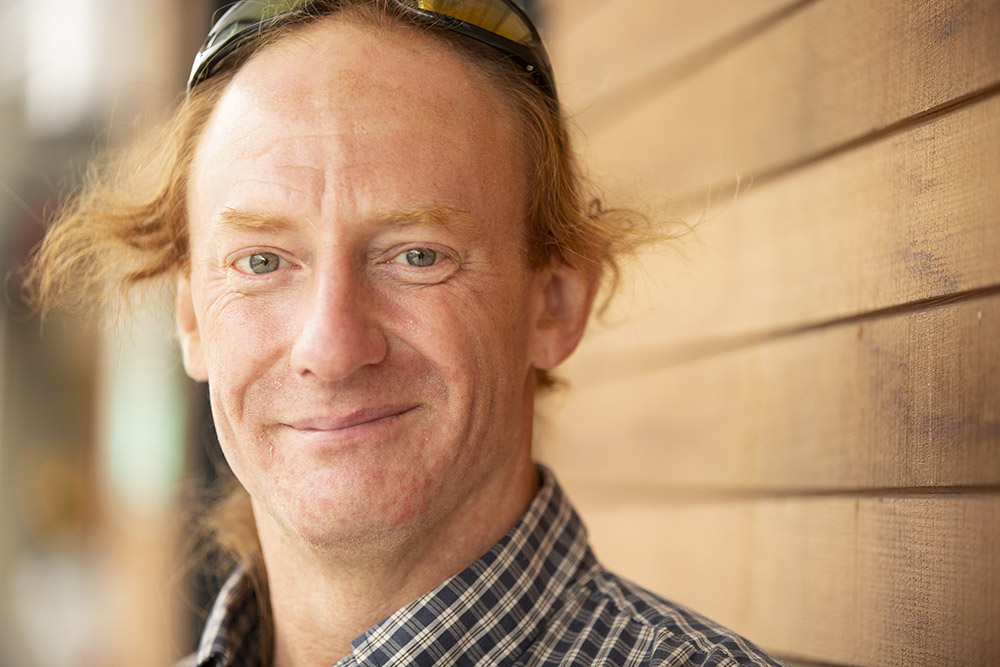 Prior to his release from the Navy, he enrolled in massage school to begin his new career path as a civilian. Dennis was a massage practitioner for a number of years before moving on to a vinyl company where he advanced to the top of the chain. In 2014, Dennis’s company was bought out and all the top earners, Dennis included, were released from their jobs in a way that prevented them from being able to collect unemployment which ultimately lead to the loss his home. Dennis recalls, “one day I returned to my home and they had bulldozed my shed with all of my belonging inside; it was everything I owned.” 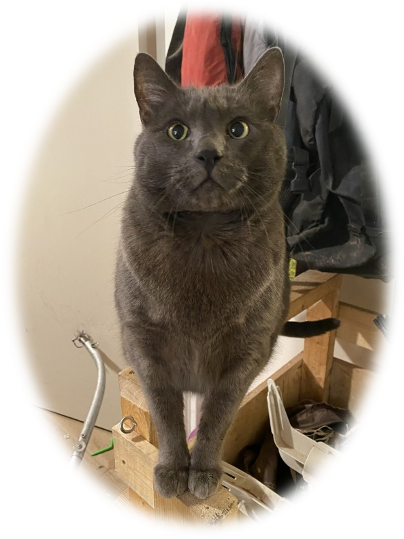 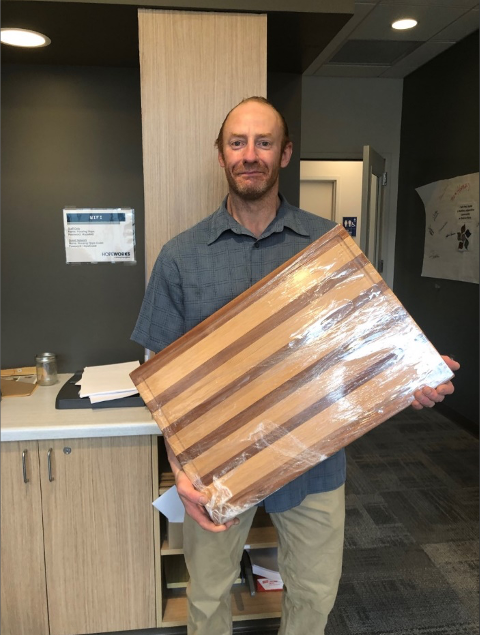 Fortunately, his most valued possession was missing from the rubble. Scared by all the commotion, Sprick his 25 pound Russian Blue cat, was found hiding in the woods nearby. With nothing but his cat, Dennis was homeless and set off into the unknown.

Dennis and Sprick lived in various locations throughout Snohomish County, continuously being pushed out by law enforcement and forced to move from place-to-place. Eventually, Dennis made camp under the Lundeen Bridge in Lake Stevens where he built himself a little structure and began picking and selling blackberries and blueberries as a means to survive. Over time, Dennis built a good relationship with the Lake Stevens police department who would check on him periodically. During one of the police departments regular sweeps Dennis agreed to meet with a social worker who connected him to the Veterans Association in Everett who then connected him to Housing Hope and HopeWorks.

The first thing on the list was housing. In his eyes it was an easy transition, Dennis didn’t have a criminal background or a history of addiction, “I wasn’t suffering from drugs, I was suffering from homelessness” he said. When it came time to sign his lease, he was told he would not be able to bring his cat with him. Sprick had been by his side through some of the hardest times in Dennis’s life, “I’d rather be homeless then leave my cat behind” he told Housing Hope. With compassion and understanding, Housing Hope’s property management team was able to help quickly certify Sprick as a companion animal and the lease was signed.

Once they were settled in, Dennis began his job training at Renew Home and Décor a HopeWorks’ social enterprise where he gained hands-on job training in retail and merchandising. During his program he used his carpentry skills he developed during his years of service to help fix furniture.

“Dennis was a valuable asset to the Renew store. His talent with wood working, repair and customer service was very evident from the outset of his training” states Kandi Graber, Director of Renew.

With Dennis’s entrepreneurial spirit he pushed for more knowledge asking for additional training in, How to Run a Business, and basic computer classes for Microsoft Office. On the side, he began making and selling beautiful handmade cutting boards, chess sets, plant stands, and more out of teak and other fine salvaged wood. “We still sell his items on consignment in the store and enjoy his company on his return visits to bring more of his fabulous items in.”

Dennis’s ingenuity, work ethic, and serviced based beliefs landed him a full time job as a Maintenance Technician for Housing Hope where he continues to build, support, and serve the community through his talents, dedication, and leadership

Dennis’s charcuterie boards are available for purchase at Kindred Kitchen or online at KindredKitchen.com.