I was born in 1972 into addiction where my mother struggled with addiction and severe mental health. I was passed around the system for 3 years and was eventually adopted by parents who did their best but had struggles of their own. I began my journey with drugs and alcohol when I was 12, and continued on a destructive path fueled by my addiction.

In 1998, I was 25 and pregnant with my oldest daughter and decided to enter treatment. I remained clean for 12 years and had a stable family, had my son, and ran a business from our home that we owned. The sudden death of my little brother and my son’s father also brought a relapse-which basically ripped apart everything that I had worked hard for, including my family. Eventually, we ended up losing our home and I was not able to care for my children.

I also had given birth to my youngest son, who is now 6. They went to live with my sister while I was homeless, hopeless, desperate, and eventually near death. I eventually chose life, and I entered treatment again in 2014. When I finished treatment, I ended up at The Women’s Gospel Mission because I did not want to return to the streets and had nowhere safe to go. I also opted into the Family Drug Court Program in order rebuild my life, keep myself accountable, and have my children returned home.

I lived at the mission for over a year focusing on recovery, and eventually obtained housing with Housing Hope.  Finally, with a year and a half clean and after much hard work, I moved into our place and my kids came home. We didn’t have much at first- the kids had their beds and I slept on an air mattress, but we had a roof over our heads, and we had each other.

About a year later, I met with an employment specialist with Housing Hope and entered into the Training Program at HopeWorks as a trainee at Renew Home and Decor which gave me something to do everyday. I would take the bus from Sultan to Everett and began to have more of a purpose. It helped me to rebuild my confidence and get used to being back in the workforce. When the time came for me to graduate that program after 3 or 4 months, they asked me if I would be interested in joining their team, of which I accepted. I was hired on as a sales associate, was the truck driver, and now 6 years later- I am the assistant manager. This has assisted in me being able to become self-sufficient. I get to give back, also, and help others who come through our program re-build their lives, and that’s the biggest reward, other than being able to provide for my family without assistance.

Today, I have 8 years clean, and I have been employed my family is happy, healthy, and thriving. I honestly do not believe I could have done it without the love, support, and opportunity from everyone at Housing Hope and Hopeworks. They believed in me when I wasn’t sure I believed in myself. From early on at the Mission up until today, I still have tons of support from the staff at HH and HW who are invested in changing lives and instilling home in families, as well as the community. Housing Hope has been more than “housing” for me, and Hopeworks offered me much more than training. They have played a crucial role in my journey back to myself, and I will forever be grateful. 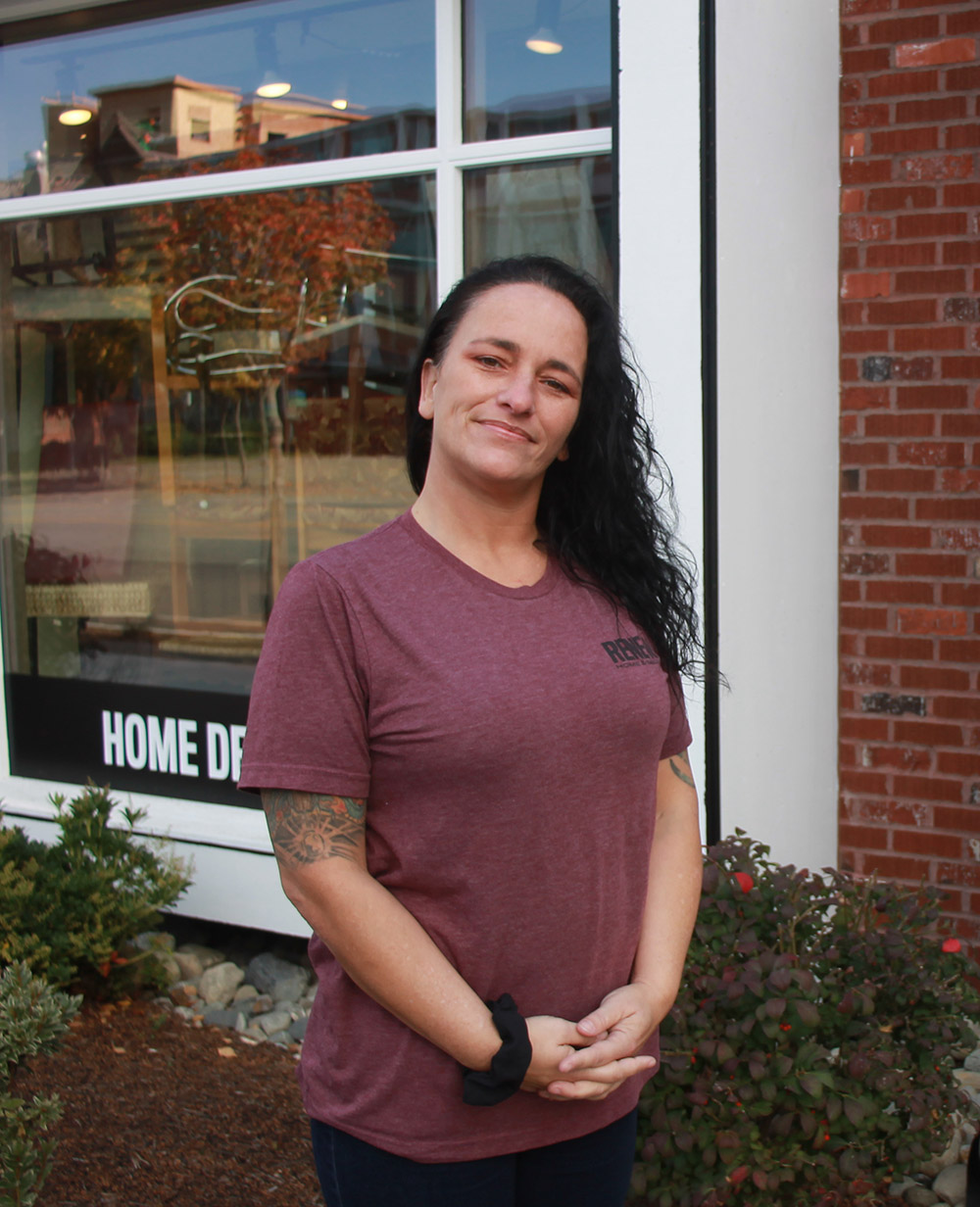